A downloadable game for Windows

Radio the Universe is a dark, minimalist sojourn through a vast system aeons beyond salvation.

A blend of heavy action and atmospheric exploration.

Steam key will be included.

In order to download this game you must purchase it at or above the minimum price of $19.99 USD. You will get access to the following files when they are released:

Radio the Universe [Game]
RADIO_THE_UNIVERSE_SOUNDTRACK.zip
if you pay $24.99 USD or more

hi! I've been waiting for this game since 2020 haha, is the release on the way? I really want to play it

Looks great! Is this game still being developed?

Hey, tester here.
Yeah, Sixe is still working on it steadily, sometimes even sharing some sneak peeks to us testers.

fucking excited for whenever this comes out

It's frustrating how long it's taking for this game to come out, but I keep reminding myself that 6e is a perfectionist. I'd rather play the game the creator is most satisfied with than a rushed version with a watered down vision. I'll keep the faith. We're cheering for you 6e! Do your best!

Good luck 6e, hoping that everything is going alright for you. The game looks amazing and am super excited to play when its out.

I've never closed this tab in the itch app. It reminds me to check on it from time to time :)

It looks great, every snapshot is beautiful. I'm looking forward to it.

Keep on keeping on.

Hey man, dunno if you'll ever see this but if so know that you're doing a great job! I don't want you to sacrifice your health and wellbeing for the sake of rushing the game out. Life is more important than deadlines, and things rarely ever go according to plan. We can see the love and passion you've poured into this over the years. We will continue to patiently wait and root for you every day!

I don't care if I have to cross the war-torn post-collapse area where the creator lives to find the completed builds of this game 20 years from now, I'm still rooting for them

Still looking forward to this game. I hope it's good.

every day I wake up and I open-palm slam a refresh button. its the radio the universe store page and right then and there I start doing the moves alongside the main character

This looks so absurdly cool and like an absolute must-play. Inspired (and reminding me of too many cool things to name) and definitely its own thing at the same time. "Serial Experiments: L  i  N  K" vibes :)

u can do it

It's Winter 2020. What a year it's been. Happy Holidays to all. As for me, I'm still waiting for Santa to deliver my present. And by present, I mean this beautiful looking game. :)

i have never been as patient as with this game. i am waiting for it since i first laid eyes on some clips and screenshots and i will wait until its done and if i have to go into crypostasis or whatever.

this game is so alluring to me. the graphics and aesthetic are so beautifully developed and complex and "real" in spite of being pixel art. the sound effects are incredible and detailed. the whole atmosphere is so thick you could cut through it with a knife but the knife would get stuck halfways. the sheer mystery of everything that is shown on screen and whatever the plot is about is so compelling.
and the trailer... the trailer is beautiful, the synchronization with the music, that beginning cutscene, and the music itself, they all join and complement each other, but damn especially the music, that is something else.

i actually read BLAME! after finding out about this game (when the trailer came out), having seen it mentioned by people saying it seemed inspired by it (knew the manga, but procrastinated on reading it indefinitely, although i knew some plot details and had watched the shitty movie), and now the prospect of this game makes me even more thrilled, getting to feel that loneliness and vastness and darkness in something that you can play, rather than just look at pictures of.

i firmly believe that, if this game turns out to be as amazing as it seems to be, it might cause another revolution in indie games, set new standards, raise bars. or it might end up as a legendary cult game with a relatively small hardcore fanbase if unlucky.

i cant wait to see the product of having developed a game for (probably) a few years, then funding it with a kickstarter and developing it for 8 more years.

This game looks amazing! I cant wait for it to come out! Good Job!

Is there a way I can find out more about the pixel 2.0 engine being used for this?

I'm only one of the playtesters, not the developer, so don't quote me on this, but I believe it refers to the lighting/shading/rendering engine sixe created (I think), which plugs into gamemaker. One of the features on the steam page says "A novel pixel art style, rendered by the atmospheric PIXEL2.0 engine." For example if you do a google search for "gamemaker rendering engine" you'll find various results where people have created 3D engines, shading/lighting engines, etc for gamemaker - it's like that. There's also some points in the game with pseudo-3D effects (like the moth in the screenshots here on itch, it looks really damn good in motion) - I'm not sure if that's considered to be part of it though.

Wow, this looks fantastic. Will be looking out for this.

I've been obsessed with this game for years now. Do you have any upcoming dates not on the game's release, but on possible trailers/more gameplay reveals on your twitter?

Hi, beta tester here, it appears Sixe has gone largely radio silent apart from the occasional tweet. Personally I think it's because he's trying very hard to get the game ready for the planned mid-2020 release window, but I'm not Sixe so take my theories with a grain of salt.

Oh wow, I just remembered this is THE first ever project I help fund through kickstarter, and thought to check on the progress. You’re getting there! It’s been a slow ride but your progress has been amazing. Looking forward to playing this!

Just wanted to cheer you on in this last stretch! I plan on buying the game on PC and Playstation/Switch once it's out. Been waiting since kickstarter days ^_^

So in the kickstarter page, it says "Players who die in-game die in real life." what does that mean?

Can someone clue me in as to how to follow this project specifically?  I'll follow the creator for now but it just looks soooo nice

Thanks, done!  Good luck with development, I know it can be a slog

Do you still accept donations? I ran into the game on twitter loooooong after the kickstart campaign ended. I think it was the droneswarm clear one. Been following it since then... This is THE game that I’m looking forward to so much. I love it! Itch.io supports adding extra to the purchase, but I want to support you more. Your work is truly amazing. (It’s not just the game, but also the art you post on twitter.)

The recent update on Twitter got me super hyped once again... this has to be my most anticipated game of the year. Every update is like a pleasant surprise that can make my day better ;]

i'm glad you like my work. your support is what keeps this going

if you decide to, my paypal is open at https://www.paypal.com/cgi-bin/webscr?cmd=_s-xclick&hosted_button_id=VKJSQZAHDHKNW. anyway i appreciate it

keys or controller. mouse is not used

I don't think the OST was an option when I preordered (or I'm blind lol) -- is there a way I can add more money to my purchase for that? I want to support you as much as I can!! If it's a separate option I'll go for that too though :) Hope you're having a good day, you deserve excellent things and i wish you a good night's sleep

Been excited for this game for as long as it's been in development. Not  sure if you get enough positive feedback, but  just know that you're going to blow a lot of people's minds. Best of luck.

i appreciate that. let me see what i can do about the separate ost option

there is also a paypal link for it if you want:

Can I pre-order OST separately?

no reason why not. i'll be sure to add that option

On kickstarter you additionally offered a "Digital combined manual/artbook/devlog/contributor list/hatemail/occult tome.". Can I still purchase this somehow?

Also, will the price at release be higher than the current pre-order price?

Does the current pre-order include a Steam key?

re: digital manual: it will be included with the soundtrack

re: release price: it should be the same base price

it's been so long since the kickstarter. hope you're hanging in there!!

if i pre-order can i expect to play it by the end of the year?

EDIT: Before end of year i think 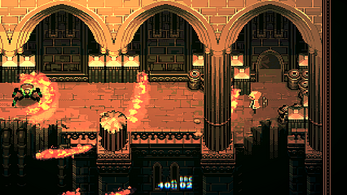 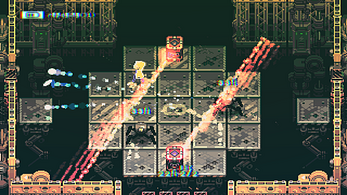 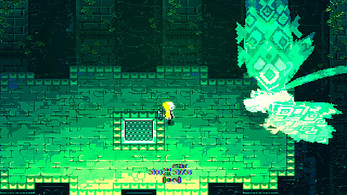 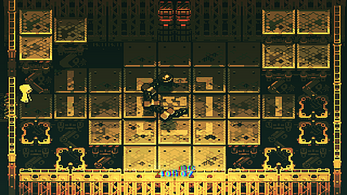 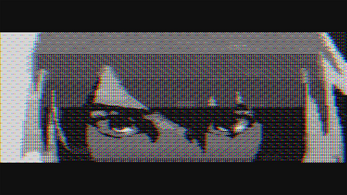 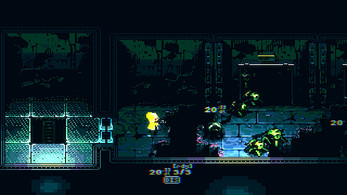 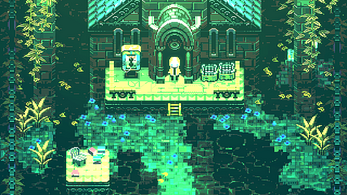 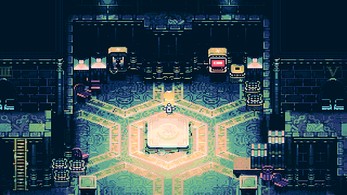 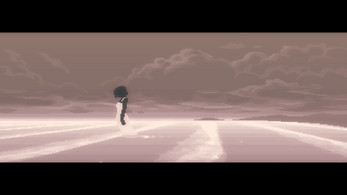